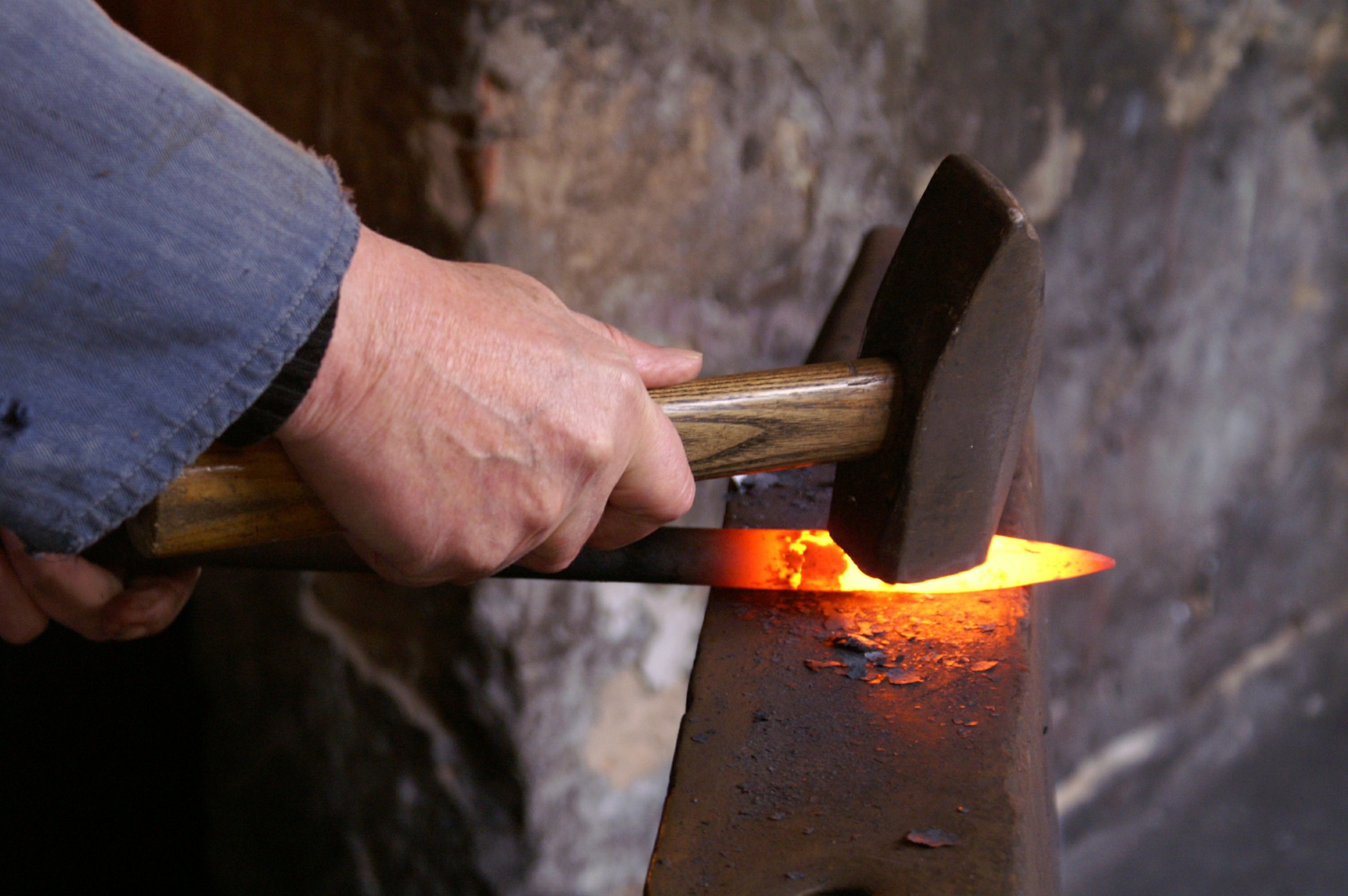 The forging of a Japanese kitchen knife is a very delicate technique that can only be exercised by experienced and talented blacksmiths.

After the forging, the knife is still dull. The Japanese knife is sharpened by Takayuki Shibata who’s specialized in sharpening. This craftsman executes about 30 steps of sharpening, polishing, and correcting. As a final step, the handle is connected to the blade. Natural oil is rubbed on the blade to prevent stains. The knife is now ready for use.

“Iron is alive, it can live and it can die depending on the blacksmith”

“Making knives is delicate work with many considerations.”

In 1935 Hiroshi Kato san’s father became independent from his Sensei. After finishing high school Kato san began his apprenticeship under his father. It’s amazing that after over 50 years as a knife maker he’s still inspired by thinking of people cooking with his knives. He always considers balance when hammer the steel, keeping in mind where a knife needs to be thin and where it needs to be strong.

“I want to supply knives that touch people’s hearts.”

Traveling across America is when Shibata san realized his deep love for Japanese craftsmanship. After careful consideration, he made the decision to bring hand-crafted Japanese knives to the world. Shibata san is seen as one of the top knife sharpeners in Japan and he takes pride in the fact that he hand sharpens each knife before it is sold.

Yu Kurosaki began his blacksmithing apprenticeship in 2002 with second-generation, master blacksmith Hiroshi Kato. Over 10 years later he is considered one of Japan’s youngest master blacksmiths and has established his own brand, Kurosaki Knives. Based in the Takefu Knife village of Echizen Japan, Yu Kurosaki is the youngest blacksmith to be granted the Master Nokaji title and to become a senior teacher.

The skill and craft put into each of his knives is clear to see. The high polish finish of all the Kurosaki ranges is a wonderful contrast to many Japanese knives and offers a great high-quality alternative for those looking for something special.